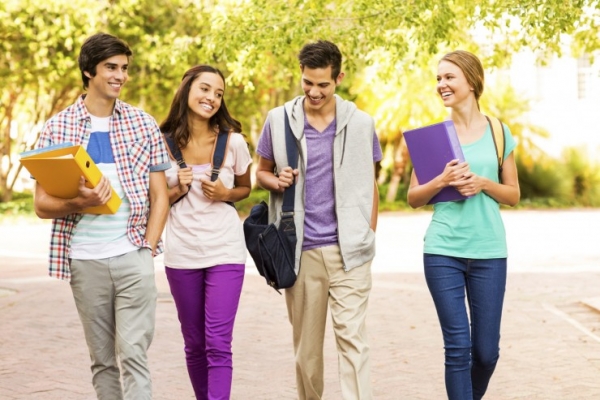 U.S. is considered the most developed countries in the world, as well as it’s universities are among the top ranking and most sought after among students irrespective of local or foreigners. Many would like to pursue their education in this country and had been hold on to this dream throughout their whole life. Although campus life in the U.S. is often portrayed as something so wonderful in the media, but in reality universities students in the U.S. do facing serious challenges that may bring fatal to their faith.

As listed below are challenges face by U.S.College Students:

The Faith Challenges
American has been known as a nation founded on Christianity; many students are descendants of a few generations of Christian believers. However, many college freshmen claim that they struggled with faith-identity. They asked questions like is this my faith or my parents’ faith, what do I believe, and why do I believe it. In high school, their faith was associated with familiar places and people. That familiarity was replaced by a college environment that made their faith seem out of place. When they faced questions about their faith, they struggled to find answers.

The Freedom Challenge
Out from under parental guidance and restrictions, new-found freedom caused priorities to change. In college there are no parents, and the tendency is to act on impulse, make decisions based on emotion, and instant gratification.. Freedom can be exhilarating but also paralyzing. There are so many things to choose, many students found themselves struggling to prioritize their choices. One end up going along with what everybody else is doing.

The Diversity Challenge
College provided not only ethnic diversity, but the inescapable confrontation with different beliefs, worldviews, and moral choices. Most felt ill-equipped to answer challenges raised by alternative views particularly to their own faith.

The Time Challenge
The unrelenting schedule and stress of studies, relationships, and social events were temporal black holes. Serious students particularly struggled with the amount of reading demanded. As a result, there was little time to think and discuss important issues – faith. Students tend to take too many courses or fill their time with parties and other social events.

The Social Challenge
The rarefied air of the college social life caused students to engage in activities they normally would have avoided just to fit in. Often, this has caused students to move across their boundaries and limits to indulge in social ill activities such as alcohol and sex.

The Relationship Challenge
College students bound to have crush on someone they meet at campus. Emotional attachments frequently dominated their college experience. Many students end up gave up their faith when they fell in love.

Identity Crisis
Many did not know who they were and wanted to become. They did not make commitments about their priorities and set limits on behavior.