ANXIETY AMONG STUDENTS RAPIDLY INCREASING FROM 2009 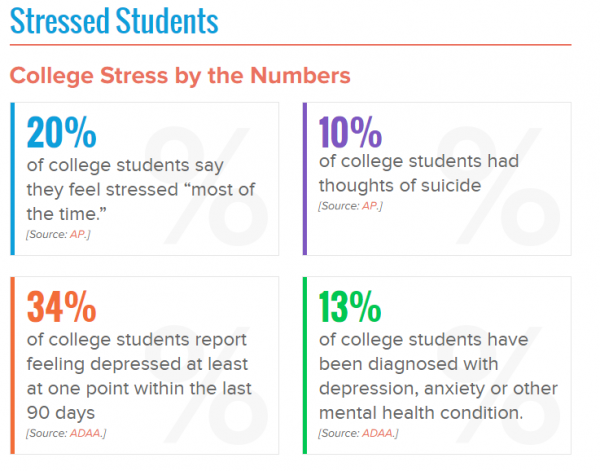 Feeling of anxiety and stress are a part of life. Some levels of stress can actually be beneficial for us as the right kind of stress encourage us toward change and growth. However, recent study on college students anxiety and depression rates are surely alarming. Especially to those who are in the campus mission ministry, it is a shocking fact that around one out of ten students have seriously considered suicide(source: AP).

One of the ivy league Universities chapter staff in YEF accidentally witnessed one student committing suicide last year and was shocked and realized the great need of Gospel in schools and Universities in U.S even more. The staff shared, “as much as the moment still remains as shock, the need of preaching Gospel are deeply engraved to my heart. Sadly I couldn’t do anything at that time. However it was warning from God for me that I should have more urgent heart to reach students with His love.”

About one-third of U.S. college students had difficulty functioning in the last 12 months due to depression, and almost half said they felt overwhelming anxiety in the last year, according to the 2013 National College Health Assessment, which examined data from 125,000 students from more than 150 colleges and universities.

Other statistics are even more alarming: More than 30 percent of students who seek services for mental health issues report that they have seriously considered attempting suicide at some point in their lives, up from about 24 percent in 2010, says Pennsylvania State University psychologist Ben Locke, PhD, who directs the Center for Collegiate Mental Health (CCMH), an organization that gathers college mental health data from more than 263 college and university counseling or mental health centers.

As Hosea 6:4 says ‘My people are destroyed from lack of knowledge. (Hosea 4:6)’, we should strive forward to achieve the great commission to spread the knowledge of the greatest love in the field of need right here today on our campuses.