HUNDREDS OF THOUSANDS OF CHINESE STUDENTS ACCEPTING CHRIST IN AMERICA 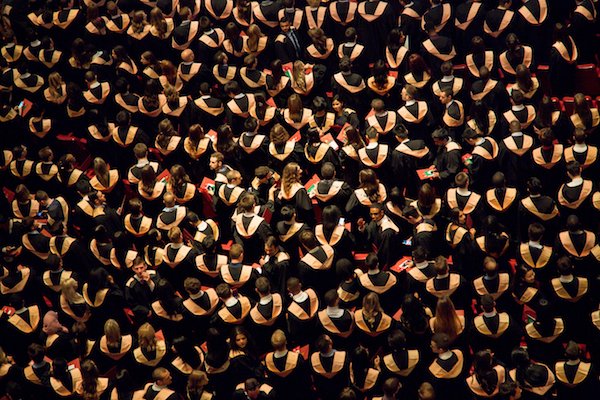 Hundreds of thousands of Chinese students come as atheists to study in colleges and universities in the United States but thousands of them accept Jesus into their lives as they get exposed to Christian beliefs, according to reports.

More than 304,000 Chinese studied in American colleges and universities in 2015 alone, according to Institute of International Education. And these institutions often become the first places where they get to know about different religious tenets.

It is estimated that thousands of Chinese students have embraced Christianity, the Foreign Policy magazine says, and quotes Gregory Jao, national director of campus engagement for InterVarsity Christian Fellowship/USA, as saying that his organization serves between 1,600 and 1,800 overseas Chinese out of a total of about 5,000 international students it ministers to.

Valerie Althouse, who served as a chaplain at NYU, is also quoted as saying that Chinese have been the majority of those involved in the school’s spiritual programs. “Part of it is language-based — it seems most Chinese greatly desire to improve English — and also curiosity about Americans, American life, and even our religious beliefs and democratic system.”

China’s communist rulers have restricted religious freedom ever since they came to power in 1949, when they expelled Christian missionaries while allowing churches to function under the government’s control. Chinese Christians then faced severe persecution during the Cultural Revolution of the 1960s and the 1970s under Mao, who saw religion as “poison.”

Churches are now allowed to function, but only after they register with the government which results in lack of autonomy. While hundreds of thousands of unofficial house churches, largely indigenous, exist all across the country, restrictions remain. Evangelism is allowed, but only in state-approved religious venues and private settings.

But when young Chinese students come to America, they are free to exercise their religious freedom even as they struggle with issues that most immigrants face.

“When people go to a new place, their identity as immigrants makes them look for meaning: ‘Why me? Why is this happening to me?’ When people start to ask questions like these, Christianity provides answers that many find acceptable,” Yang Fenggang, a sociology professor at Purdue University and the author of Chinese Christian in America: Conversion, Assimilation, and Adhesive Identities, tells Foreign Policy. “They need to learn how to interact with classmates of other races, how to interact with professors. A person won’t be able to lead a normal life if they look to Marxism or Maoism to guide their daily life here.”

Chinese students became more receptive of the Gospel especially after the 1989 Tiananmen crackdown, as they got disillusioned with communism, according to Yang, who says, “For my generation, it was a real struggle between Marxism; communism versus Christianity.”

In 2014, Yang predicted that even within China, the Protestant population is likely to swell to 160 million by 2025.

“By my calculations China is destined to become the largest Christian country in the world very soon,” Yang told The Telegraph at the time. “It is going to be less than a generation. Not many people are prepared for this dramatic change.”

Yang went on to say that China’s total Christian population, including Catholics, would be over 247 million by 2030 and thus become the largest Christian congregation in the world. “Mao thought he could eliminate religion. He thought he had accomplished this. It’s ironic – they didn’t. They actually failed completely,” he said.