Being a Christian in Today’s Student Culture 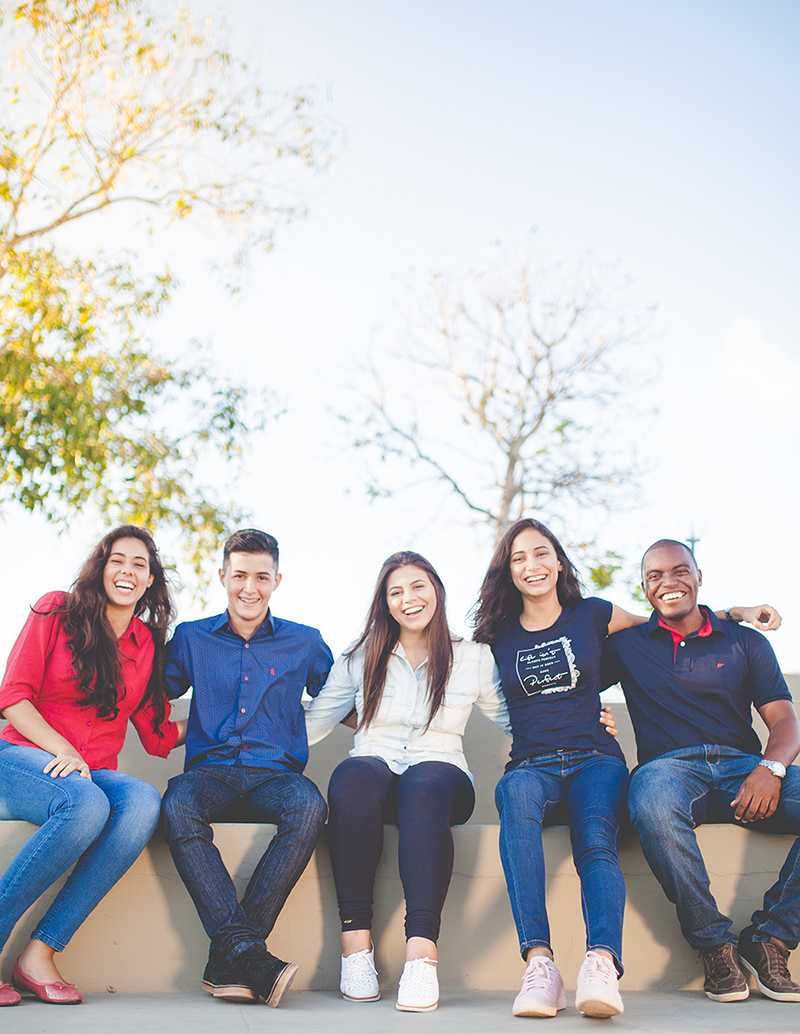 Universities are changing fast. We only have to watch the news to realize that the education system is undergoing massive upheaval at every level. In the universities and colleges sector over a third of 18-21-year-olds now go on to college, and this is set to rise to nearly 50% in the near future. Coupled with the introduction of a variety of fees and the scrapping of grants this means that university life is almost unrecognizable from 20 years ago.

How have the changes affected students and colleges? A few institutions have managed to remain largely unscathed, but not many. In the majority of places the need to compete with other institutions has seen dramatic rises in the cost of student hall accommodation, shorter terms to allow colleges to draw in lucrative conference business, lectures that happen erratically and often late into the night to allow for part-time staff and in many places an almost total loss of the social side of university life.

In short, our universities and colleges are changing beyond recognition. A professor of English said to me “the increase in student numbers means people are coming to study who are not gifted at it. They need a basic literary course, not an English degree. I really don’t want to teach undergrads anymore – it isn’t what I signed up for.” And you can understand why.

The effect on students, however, is to leave many feeling highly undervalued and wondering if anyone actually cares about them. And in many places nobody does. A big new player on the university stage is the new universities who changed from polytechnic status a few years ago. Some of them are particularly difficult places to be a student. One student told me that most people at her place of study start with feelings of insecurity and inferiority because over 95% come through the universities clearing system having failed to achieve the A-level grades they wanted. Often this leaves them in huge, faceless institutions in the center of big cities.

London alone has around 10 such universities with between 15-20000 people attending. Once the students arrive it is not uncommon for them to find out that they are more committed to attending lectures than the lecturers, and that the degrees that they so hoped would set them up for careers don’t have the cash value they seemed to promise. In short many are attracted almost under false pretenses. Southampton Institute’s publicity a few years ago read “Southampton Institute – Get a Degree, Get a Life.” The worst experience of new university life can be that you don’t get much of either.

Students now experience college in little-and-often chunks. There is less and less socializing as many take large amounts of time to work in order to finance their study. It is also increasingly likely that students will live at home out of financial necessity, commuting to college which they view as a nine-to-five workplace from which to escape as quickly as possible.

At a deeper level, the changing university scene is causing great changes not only in student lifestyle but also in student values. Relativism with respect to the truth (the idea that nothing is true for everyone and different people have different truths to live by) is a widely held idea. Not all people hold to it for the same reasons and some do so unconsciously. To generalize, in newer universities relativism seems to arise as the currency of student life simply out of the huge multi-cultural mix found there and lack of any serious thinking on the subject among students. It is the lowest common denominator of getting on with everyone without ever challenging anyone else’s thinking. In more rigorous academic institutions relativism is positively lauded and taught as the only right way to think. “I assume that there is nobody here who is not a relativist,” one lecturer started a lecture series I attended. In these institutions, relativism is the currency not only of student life but also of academic life. There is a third section of students and colleges that academically can’t be relativist but certainly are in terms of personal values. This is illustrated best by visiting some medical schools. The students here believe and are clearly taught that there are right diagnoses and wrong diagnoses, right ways to operate on a patient and wrong ways. Yet get them chatting about personal values in the bar and they are as at sea as anyone else. Maybe more so because they fail to see the contradiction between valuing truth professionally and despising it personally.

Of course where relativism is taught, no matter how academically, what arises is a whole mish-mash of beliefs. It is easy to find full-on pagan societies at universities, magic, druids, Egyptian mystics – you name it. At one Freshers’ Fair event I spoke to the Egyptian Mystics society and asked why they believed that meditating on your feelings led you to ultimate inner peace. “Because we feel it,” they replied. “How do you know your feelings aren’t playing you falsely,” I asked. “Because we feel that too,” came the answer. Nothing seemed to get through. Finally, I asked, “But how do you account for my deep feelings that your feelings are wrong?” There was no answer to that. I didn’t really expect one. Inconsistency of worldview is now seen as a positive virtue. Far from being something to worry about people want to celebrate it and salute it as being a tolerant position to hold.

This is worrying enough, but another factor also deeply influences student life in most universities and colleges today: apathy. Colleges are no longer places for personal development, but a step on the career ladder. The benefit is not seen as discovering wonderful things or having the space for a few brief years to consider valuable and true things for their own sake. Rather college is seen by more and more as a ticket to a more profitable future. Of course, it often isn’t, but that isn’t how most people see it.

When people have as their goal 40K, a BMW and a nice spouse and good looks for as long as they can make them last, it is very difficult to get them to think about big issues of life and faith. These simply are not on the agenda. Indeed they might be a distraction from the agenda. After all who wants to hear about a God who demands everything from us when we are out to get everything from life for ourselves? Hedonism – the pursuit of pleasure – and narcissism – the love of self – are great ways of covering up and avoiding the big questions by feeling good or by pursuing things that will might you feel good in the future. It isn’t just issues of faith that people don’t want to think about, it is anything beyond themselves. 30 years ago students hung pictures of Cuban revolutionaries on their walls and went on political protests on Saturdays. Now nobody cares enough to. Nobody wants to change the world. Nobody wants to ask the big questions. Everybody wants short term security and comfort. Students are still into sex, drugs, and alcohol, but the reasons are different to 30 years ago. Then the lifestyle was seen as a means of self-expression and exploration, now it is merely a way of enjoying the moment and avoiding self-exploration. Put the world on hold, something better will come along eventually.

How Do We Engage?

How then do we engage with a culture and an academy that is so fiercely anti-Christian? Firstly we need to recognize that nothing has really changed. The world has always hated Christians and not wanted to hear the gospel from us because it hated Jesus first (John 15:18). That should be an encouragement to engage people with the gospel, not a turn-off, because Jesus told us the score and yet still gave the Great Commission, promising to be with us to the end of the age. The confidence of the Great Commission is that there will be disciples made to the ends of the Earth, regardless of the culture of British universities, and it is Christ who will do it, using us as His instruments. Hostility and apathy should not convince us that engagement is impossible, quite the opposite. It should remind us that it is God, not us who convicts and converts people.

Two major points of contact are, paradoxically, the exact points where relativism seems to place a lot of stress: the importance of relationships and the question of values.

In a relativistic world, little of importance is left except the self and personal relationships that make the self feel good. But self-centered relationships don’t satisfy in the long run. Frequently I have heard people say that Christian students have a level of interpersonal relationships that don’t exist anywhere else. Of course, it doesn’t – they are related not only to each other but to the Lord. Such friendships are very attractive to those outside as we ought to expect: Jesus said: “By this, all men will know that you are my disciples if you love one another.” Authentic and godly relationships show up the merely superficial and self-centered ones. When we model such friendships and tell people the gospel through such relationships we show people that the answer to superficiality is the God who reconciles us to Himself through the substitutionary death of His Son and that our relationships with each other are based on His relationship with us.

It is only through genuine friendship that we can really engage with people’s deepest concerns and get past the apathy that so often attends university life. It seems to me that the question of values is a huge one in many universities, and the answers on offer are unattractive: that there is nothing worth valuing, nothing of absolute importance, nothing worth our lives, nothing worth dying for or living for. I personally know of eight people who dropped out of a class of sixteen when studying postmodern ideas of value because they didn’t like or could not cope with the answers. Relativism, in trying to say that everything is of equal value, has in fact deprived all things of value.

The Offer of Hope

In the face of which the gospel offers real hope. Hope that there are things that are ultimately important because they are true. Things which must be believed because they are true. A God who reveals, who is Lord. God who, while He allows rebellion for a short time, will judge at the Last Day. The judgment makes the things we value now of absolute importance, none more so than the gospel. A great point of contact is talking about why Christians value the gospel of the grace of the Lord Jesus above everything else on offer. It is permanent – everything else is transitory. It deals with sin – everything else is just a shabby cover-up for sin. It deals with death – everything else pretends death won’t happen to us or just tries to make us comfortable while we wait for it. It holds that people are so valuable to God that the Lord Jesus died to reconcile us – everything else says that don’t really have much value at all. It satisfies, both now and forever because the ultimate end of God in creation is His own glory and this is the chief purpose of our existence – everything else glories in the man who, for all his accomplishments, withers and fades like the flowers of the field.

Let’s not miss just how attractive the gospel is to those that the Lord is giving ears to hear. Because he is. Even in hard universities and colleges, we can have confidence that the Holy Spirit will do His work of breaking hard hearts and opening blind eyes. That is the most fantastic thing about evangelism – it is God’s work!