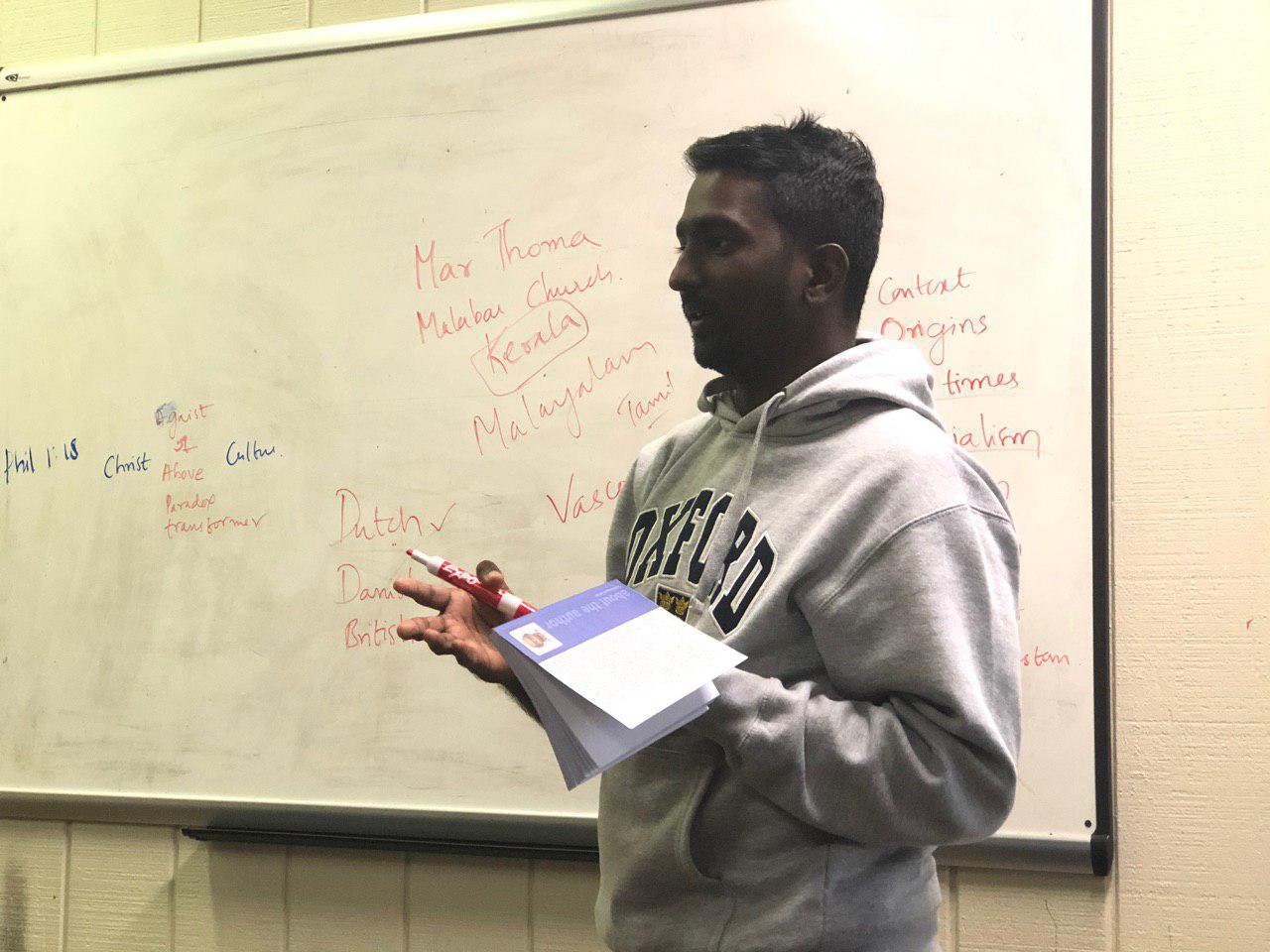 Pastor Moses shared Indian culture in a broad and general sense. They learned the basic things about the Indian population, language, religion, politics, food, movies, music, dance, and architecture. During the sharing members asked questions they were interested, like how’s the caste system in India today. They also learned some interesting facts about Indian like Brahmin are almost pure vegetarian, dating is still not so acceptable for the society, and P. Moses shared he did not eat pork and beef before he came to the US.

With a large territory, different districts in Indian are totally different. Indian has hundreds of languages and 23 official languages, even for Indian themselves, communicate with each other is a problem which causes great difficulties for evangelism. The good thing is that Indian is very religious, though this country is full of idols now, they have the heart to seek the real God, and they need people to teach them the knowledge about the true God. P. Moses shared that India could be the most hated country by God, at the time the country God loves the most, and God’s heart is with the people there. We will hold the following sharing about India and hope members here can know more about this country and the sharing could be a preparation for their future mission.

After sharing, members gave their feedback. One member said “ Through your sharing, I want to stand out to look at my own culture. I want to know people more, culture is a channel. As Paul Tillich said, culture is a form of religion. it is a real deep topic.”