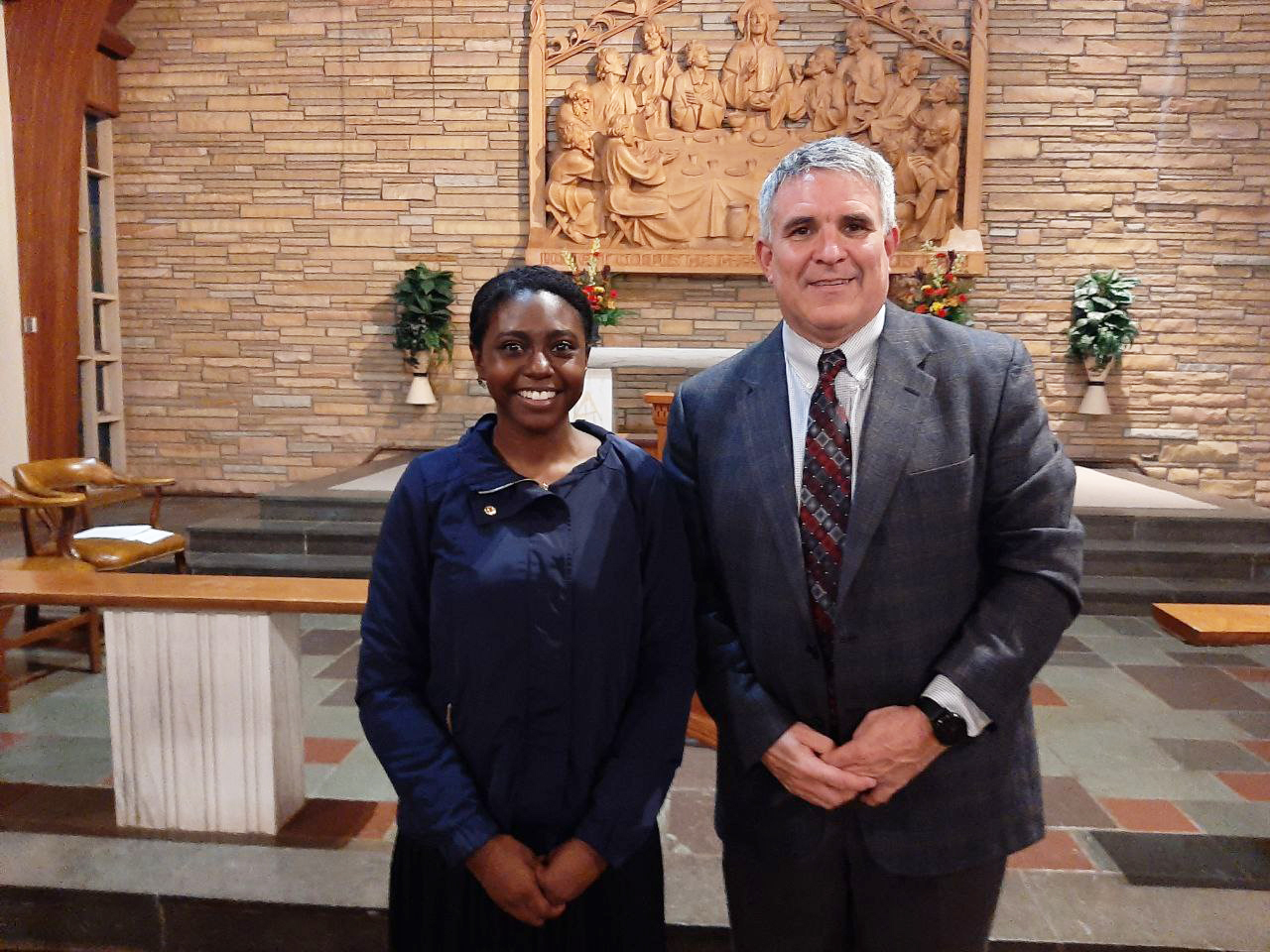 Dr. Mark Wagner was born in 1964 to missionary parents, Dr. William and Mrs. Sally Wagner, the President of Olivet University. He grew up and went to school in Austria, and attended Baylor University in Waco, Texas where he received a Bachelor’s degree in German, followed by M.Div. and PhD. degrees from Southwestern Baptist Theological Seminary in Fort Worth, Texas in Missions. Currently he serves as a missionary with the International Mission Board of the Southern Baptist Convention for Germany. Dr. Wagner also holds teaching positions at the Bible Seminary Bonn and the Wiedernest Bible School, both in Germany, in addition to Olivet University in San Francisco.

Seven years ago, Dr. Wagner joyfully took on the role of Chairman for YEF, but then eventually became the Honorary President. During this time, they were able to talk about the mission activities of the fellowship currently and the future plans dream of YEF.

“I’m very interested to know how we can pray for you all and about the mission activities of this fellowship,” Dr. Mark expressed.

Through this, they were able to exchange contacts and will be keeping in touch to give prayer and encouragement to missions. Especially because he’s currently doing missions in Germany, the connection between him and YEF Europe (located in Germany) could be very beneficial and spark great collaboration and revival.

“I’m so glad we were finally able to meet,” P. White shares, “I pray that we can become closer friends and co-workers with the family as YEF and receive some great advice from him. Even through our brief meeting with him and his wife, Mrs. Carrie Wagner, it was very encouraging and they felt very excited about things we’re hoping to create.”

YEF is looking forward to developing a deeper relationship with Dr. Mark Wagner and hopeful working together, somehow, in the future.