What It Is About Romans? 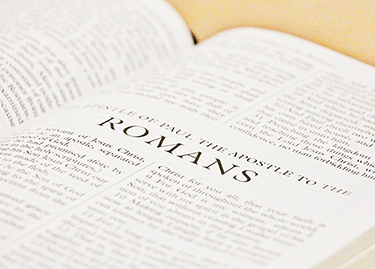 Out of all of the books of the Bible, Romans is one that has had the most impact on the history of this world and yet, is not read as often as one would think. In fact, you could say Romans is quite a difficult book to fully understand and so a detailed look is needed in order to understand it. So, what’s with this book? What makes it so important, yet so difficult to understand?

This was a book written by the Apostle Paul, who was once called Saul, a fierce persecutor of early Christians. He was called a Pharisee of Pharisees, which meant that he was very knowledgeable in Jewish law and followed it well in order to please God. However, he was mistaken in his persecution and was brought to Christ after a grand revelation given to him on his way to the persecution of more Christians. After this, his life changed and he used his powerful rhetoric and knowledge to spread the Gospel to the ends of the Earth. And so, to the church in Rome, he wrote a series epistles or letters to them explaining the essence of their faith and the need for everyone to have personal salvation.

Romans is a letter.

In order to better understand Romans, it’s important to first understand that it wasn’t written by Paul as a thesis on his great theological view, nor a edited book, with each verse written and painstakingly revised, but it is a simple letter. It was written to the Romans in order to convey to them resolute confession of faith and fiery passion for missions in his heart. The reason for emphasizing that Romans is a letter (and written by a scribe, Tertius) is that, by knowing this letter was not written in a contemplative way sitting at a desk, we must therefore look first at the religious zeal in Paul when we read it. Paul wanders around the room talking passionately, rages against sins, then praises the Lord again as he’s touched by the Lord’s grace, and then he prays. That is how it was written, with the scribe scribbling down as the apostle poured out fire from his heart.

Looking at the history of Christianity today, we can see that throughout ancient times until now, Romans has been the spiritual arsenal of Christians in spiritual warfare. Just as soldiers were resupplied with weapons from the armory to continue fighting when they ran out of weapons, Romans assisted in fierce spiritual battles by supplying spiritual weapons to countless Christians during each era in history.

Therefore, Romans is an important book for all people.

We find a specific example in Martin Luther (1483-1546), who in the 16th century set in motion a series of events that became a very important movement in Christian history, the Reformation (1517-1648); and the way he began the Reformation was by holding onto these words in Romans, “The righteous shall live by faith” (Rom. 1:17). This Reformation brought about the Protestant Church of today.

Another example can be found in Methodist founder John Wesley (1703-1791), who had his conversion experience by reading Martin Luther’s preface to the Epistle to the Romans, and later founded a set of denominations called Methodism.

Yet another example is Augustine of Hippo (354-430), who became a great theologian and advocated for the Christian faith, especially demonstrated by the passage of Romans (Rom. 13:13-14) coming into his dark mind like a flash of light and breaking his dissolute life. In addition, Romans not only transformed numerous people in the history of Christianity, but also through these people, made an important stamp on the history of Christianity. Indeed, it can be asserted that Romans itself is an important “bible.”

If you dig into the book of Romans from an academic standpoint, it grows more and more difficult. But if we think, “How can I also feel this same burning heart that Paul dictated to the scribe?” Then Romans suddenly becomes easier.

May all those reading, study Romans with this approach. If you are interested in learning more about Romans, please contact us and share your interest in doing a study on Romans.